Vaping Vs Smoking: Why You Can't Compare Have you ever wondered why people swap over from smoking to vaping? While there are many reasons, we're going to showcase some of them for you today, starting with yet another scientific study which has shown the lung cancer risk between the two to be completely incomparable.

The study, which was published in the Journal of Aerosol Science, examined the lung cancer risk for people who are active vapers and anyone who may be affected by their secondhand vapour. It looked closely at the particles in vapour and compared them to the smoke emitted from cigarettes, and found that the amount of harmful substance that was emitted from vapour was substantially lower.  This study of both active and passive vapours has reconfirmed what we have known for quite some time now, that e-cigs are much safer than smoking tobacco.

Just in the US, approximately half a million people die from tobacco-related illnesses like lung cancer, throat cancer and other diseases. Even non-smokers are at risk due to the harmful particles emitted when others smoke within close proximity. A huge 41,000 people (or more) die each year in the United States due to illness related to second-hand smoke.

How Vaping Compares To Smoking

The study cited above is part of a growing body of scientific evidence that makes clear the distinctions between smoking and vaping. From what science has shown us, the consensus appears quite clear at this time: vaping is a much better alternative to smoking. Public Health England estimates vaping to be significantly less harmful than smoking. At Vaper Empire, smokers will find everything they need to switch from smoking to vaping.

Can you imagine filling your lungs with tar and staining your teeth disgusting shades of yellow and brown? Well, that's exactly what you're doing when you inhale cigarette smoke. Unlike the smoke produced by lit cigarettes, the vapour that is produced through vaping does not contain any tar. That's right, there's no tar in e-cigarette vapour.

As for the staining of teeth, a study conducted by the research and development wing of British American Tobacco suggests that vaping may not stain teeth. At the very least, the study suggests that vaping does not stain teeth anywhere close to as bad as smoking does. So if you're a smoker who appreciates their pearly whites, then perhaps it's time you consider switching from smoking to vaping.

Research Shows Vaping To Be Less Harmful Than Smoking

Smoking and vaping are by no means the same and the latest research from Public Health England (PHE) really does well to make this point clear. According to PHE's expert independent evidence review, e-cigarettes are significantly less harmful to health than tobacco products like traditional cigarettes.

PHE's research estimates e-cigarettes to be around 95% less harmful than smoking, which is obviously more than a subtle difference between the two.

Perhaps the most surprising finding of their study is how many people don't realise just how much less harmful vaping is than smoking. According to their research, nearly half of the population in the United Kingdom does not yet know that e-cigarettes carry only a small fraction of the risk of conventional cigarettes.

Vaping Is Cheaper Than Smoking

With cigarette prices continuing to rise, especially in countries like Australia and New Zealand, which lead the world in cigarette prices, vaping is quickly becoming that much more appealing with its comparatively low costs. In Australia, cigarette prices are higher than anywhere else in the world, which causes many Australian smokers significant financial strain and even leads some smokers to look to the black market for cheaper cigarettes. A better alternative, one that's not only less expensive but also likely to be much less harmful from what research has shown, is vaping.

A pack-a-day smoker can save thousands of dollars each year by simply switching to vaping. As it turns out, vaping supplies are relatively cheap, even if you're buying the best that the market has to offer. 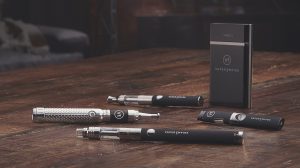 At Vaper Empire, we have many e-cigarettes to choose from. Browse our vape starter kits to find the e-cig that's right for you.

At Vaper Empire, we offer our own brand of premium vaping products, all of which are available to adult customers through our online vape store that is always open. At our online store, you will find everything you need to switch over to vaping, including e-cigarette starter kits, vape juice, replacement parts, and accessories. We have it all and we ship our products express straight to our customers in Australia and New Zealand. So if you're ready to switch to vaping, then we're here to help.

Our expert staff of Australian-based customer service representatives understand the difficulties smokers down under face when trying to switch from smoking to vaping. That's why our staff is always available to answer any questions and help you choose the right vape supplies to fit your needs.

Visit our vape store today to choose the starter kit that's right for you!