Can You Buy Liquid Nicotine Locally In Australia? 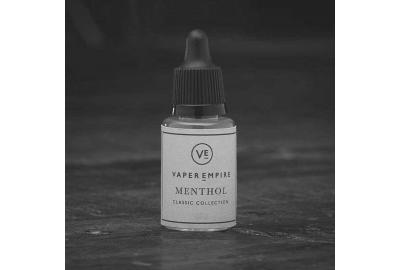 By Vaper Empire
No comments
If you are getting ready to buy your first e-cigarette in Australia, you might want to read this article. Due to Australia's strict laws surrounding nicotine, it is not possible to get your hands on e-liquids anywhere in the country---there is a blanket ban on nicotine products in every state save for cigarettes---that contain nicotine. Period.

You may be thinking that this will put a stop to your vaping in Australia, but this isn't quite the case.

Carry on reading to learn about the curious case that is Australia's laws and how you can get your hands on e-liquids that contain nicotine in Australia without breaking the law.

What Is An E-Liquid?

If you are doing your initial research and you have just stumbled across this article, you may be wondering what we mean by "e-liquid".

E-liquid, or "vape juice", is the substance that your vaping device uses to create the vapour that you then inhale and exhale. It is made up of water, flavourings, nicotine, and two chemicals known to be harmless when ingested---vegetable and propylene glycol---and that's it.

All e-cigarettes and e-liquid vaping devices contain a metal coil wrapped around a wick. When e-liquid is present in the device, the wick soaks up some of this e-liquid and the coil heats up to create vapour that you can then inhale and exhale.

This is, in a nutshell, how they work.

The Situation in Australia

The legal situation in Australia is quite a curious one. Compared to other Western nations, nicotine is heavily regulated.

This stems from Australia's reputation for being tough on tobacco. As a world leader in the fight against smoking---Australia has been called "the darkest tobacco market in the world"---it is illegal, as you are probably aware, to smoke in many situations, including in public places and even in vehicles where a minor is present.

In some cases, the laws regulating the sale and use of vaping products in Australia differs from state to state. But regardless of which state you reside in, you cannot buy vaping products that contain nicotine such as nicotine e-liquids at local stores. At least, not at this time. However, there is at least one exception to this rule: a prescription. At the same time, it is not illegal to import nicotine e-liquids and e-cigarettes for personal use. We'll explain more in the section below.

Can I Get Nicotine E-Liquid in Australia?

Despite the strict laws against the sale of nicotine, it is possible to get your hands on nicotine-containing e-liquids without breaking the law, but there's more to it than simply buying nicotine vaping supplies at a local store, which you simply cannot do at this time.

How to Get Nicotine E-Liquid in Australia

It is actually very easy. Under the Personal Importation Scheme, all you need to do is order your nicotine e-liquid online from a retailer that is legally operating outside the country. That is it. The restriction here is that you can only buy 3 months' worth or less.

You may be thinking that "3 months' worth" is a very vague rule… and it is, unfortunately. What would last you 3 months will not necessarily last somebody else 3 months.

According to the Australian Government's Department of Health Therapeutic Goods Administration (TGA), a 3-month supply is calculated using the manufacturer's maximum recommended dose. On average, this adds up to around 360ml of e-liquid, give or take.

So far as customs costs and taxes are concerned, you will not need to pay anything on top once your package has arrived if and only if the package's contents are below $1,000AUD. Products that were purchased on sale do not count---customs will use its full non-sale price for the calculation of your package's value.

With all this in mind, we make it easy to buy nicotine e-liquids and e-cigs if you live in Australia. At Vaper Empire, we provide adult vapers in Australia with access to a wide range of premium vaping products, all of which can be purchased quickly and conveniently through our online store. We ship all orders directly to our customers, utilizing express shipping to deliver vaping supplies in as little as 3 to 5 days.

The main difference between nicotine-free and nicotine-containing e-liquid is obvious: one contains nicotine and one doesn't, but why does this matter?

Generally speaking, we can break down people who vape into two categories:

People who vape for enjoyment, sport, or as a hobby tend to not be ex-smokers. As such, they have never been exposed to nicotine. It would, therefore, appear to be relatively pointless for these people to use an e-liquid that contains nicotine because they do not have any nicotine cravings to satisfy.

Ex-smokers will often begin vaping with e-liquids that have a high concentration of nicotine. Over time, as they keep away from cigarettes and their nicotine cravings calm down, it is possible for them to adjust downwards the concentrations of nicotine in their e-liquids until, eventually, all cravings have ceased.

At Vaper Empire, we have a huge library of classic and artisanal e-liquids that are ready to be shipped over to you in Australia in as little as 3 to 5 days. If you would like to learn more about what we have to offer, check out our online store.

Remember, though, that you can only buy a 3-month supply of our e-liquids at a time if you are importing them into Australia.
13 August 2019
Comments